Map of shipwrecks from WW2


Dont you just love this map? I mean-we all know about the Bismarck, the Yamato, the Roayl Ark and the other big and famous ones- but just look at this map!  If anyone wondered whats makes a war a World War-look at this map! You got the heavy casualties in the Pacific scene, the convoylosses in the North Atlantic, your Graf Spee outside Montevideo in Uruguay.....


Click the map to make it bigger and think of the stories behimd every yellow star......the courage, the sacrifices..... 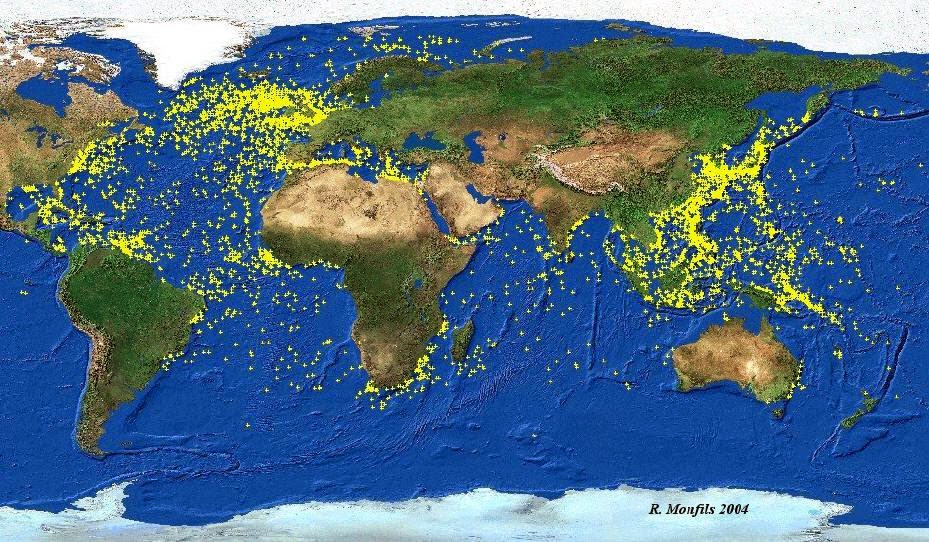 After the fighting in Russia hade shown the Wehrmacht that the russians also could build heavy tanks, the need for å better and heavier tankdestroyer became clear.

The solution-take an excellent ant-tank gun like the 88cm PAK 43/1 L/71  and place it on a tank chassis. Of course. So the Nashorn (also called Hornet- the 8,8cm Pak43 (L/71) auf Geschützwagen III/IV (Sd. Kfz. 164) was made by a chassis Alkett made  using their recently developed Geschützwagen III/IV which as its name indicated used components of both the Panzer III and Panzer IV tank and a well known 8,8 cm Panzerabwehrkanone 43/1 L/71. (Same gun that was used on the King Tiger later in the war by the way). 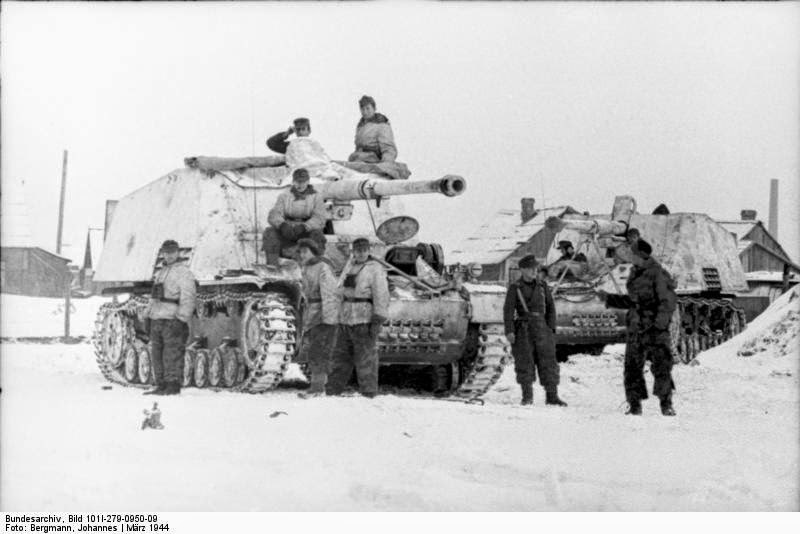 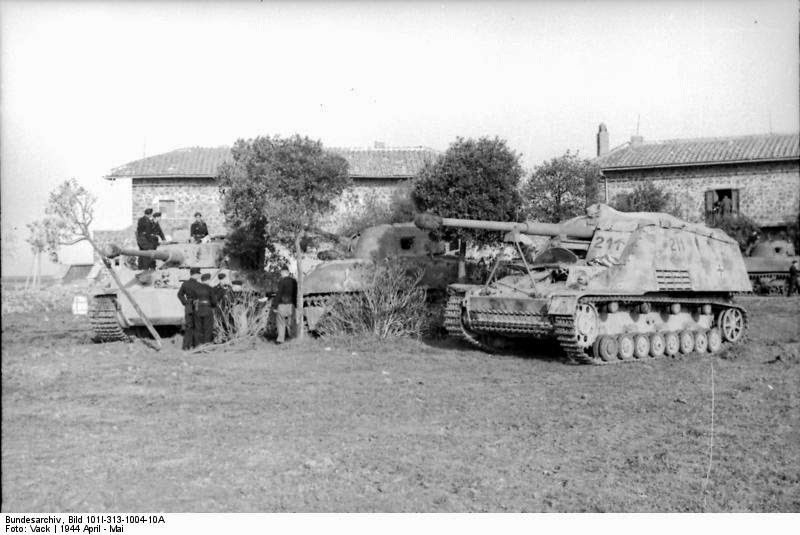 1943-1945 almost 500 were built. The Nashorn was a great tool for its job- taking out enemy armoured vehicles from a distance. Due to its weak armour, it was useless in close combat, but with that gun it didnt need to get in close either.... As a mobile version of the 88mm Anti tank gun it was very effective.

The Hornisse/Nashorn was issued to the heavy antitank battalions (schwere Panzerjäger-Abteilungen), with which six would eventually be equipped: schwere Panzerjäger Abteilung 560, 655, 525, 93, 519 and 88. Each battalion was equipped with 45 Nashorns.


It is reported that in early March of 1945, Lieutenant Beckmann from sPzJagAbt 88 destroyed Soviet IS-2 at the range of 4600 meters near Marzdorf.

The most notable Nashorn ace was platoon commander of 1st company of sPzJagAbt 519, Junior Lieutenant Albert Ernst. On December 23rd of 1943, he destroyed  14 Soviet tanks in a single day using only 21 round of ammunition. The engagement took place near Vitebsk and Albert Ernst received a nickname "Tiger of Vitebsk". In December of 1943, Ernst destroyed total of 19 enemy tanks and on January 22nd of 1944, he was awarded the Knight’s Cross.

It wasnt unusual in WW2 to recruit soldiers from captures forces, this was especially done by the Japanese, the Russians and to some degree Germany. Usually these were used behind the front, or given poor equipment and used as cannonfodder. They were often send to other fronts to avoid them fighting their own. And this is was happened to Yang Kyoungjong - twice after he was first conscripted! Yang was born in 1920 in Korea and was conscripted by the japanese army to fight against the Soviet Union in 1938 when he was 18 years old.  In 1939, during the Battles of Khalkhin Gol he was captured by the red army and send to a labour camp.  As the war on the European Eastern front was weighing heavy on the Soviet forces, thousans of prisoners was send west and forced to fight the germans- and Yang was one of them. 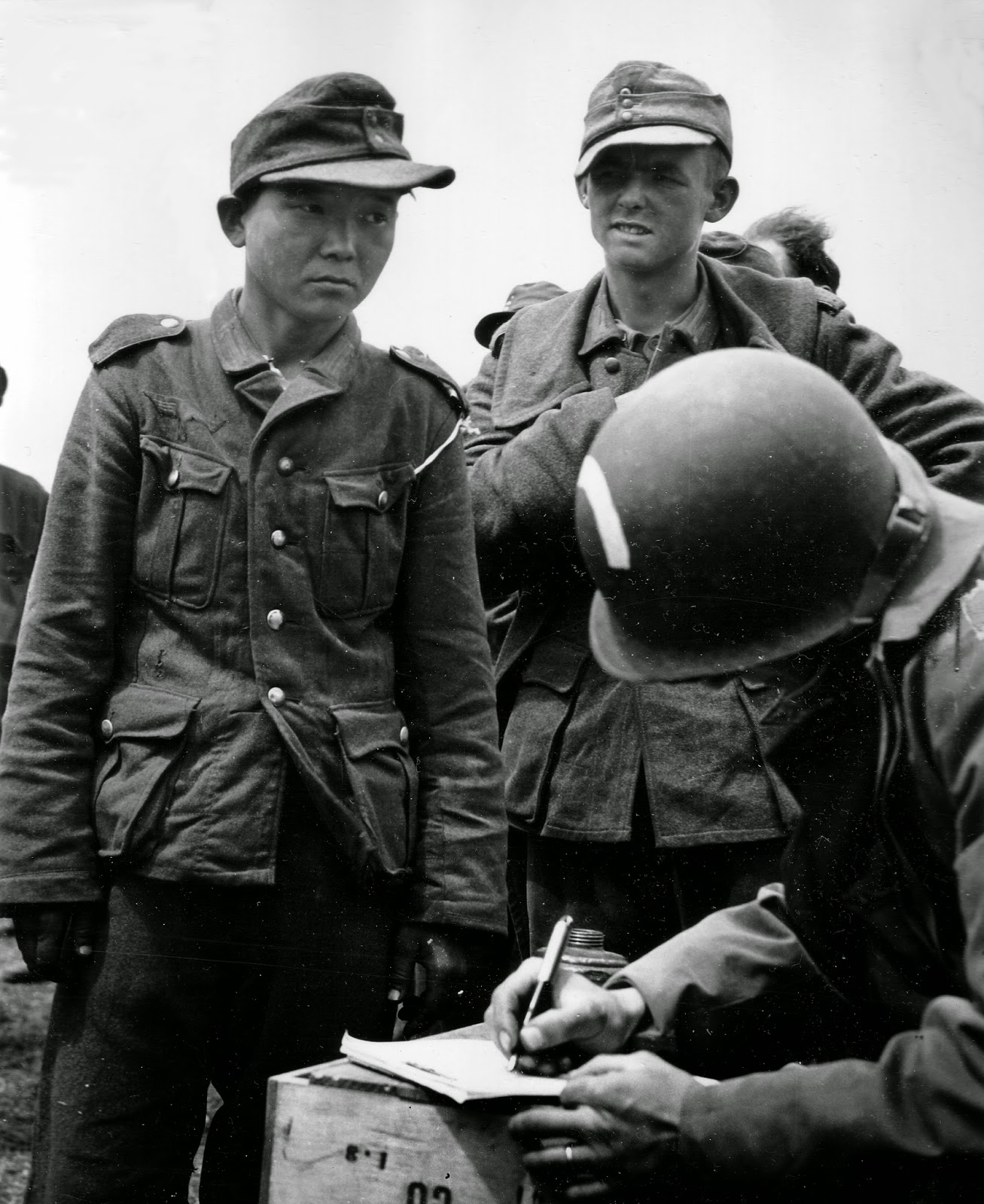 Photo: Yang  in German uniform after being captured by the Americans.

We dont know anything about Yangs skills as a soldier, but we do know he was good at being captured and not killed. In the Battle of Kharkov in Ucraine in 1943 he was caught by the Wehrmacht. He was then send to France as part of a the "Eastern Battalion" - a battalion of Soviet POW`s.

Not surprisingly- Yang was captured again, this time by American paratroppers in June 1944. he was then send to Britain, belived to be a japanese in German uniform. He ended up in a camp in the USA and was released after the war ended.

He settled in Illinois and lived there until his death in 1992. He fought in 3 armies in WW2, on 3 different battlefields and was captured 3 times. He survived.
Lagt inn av Metallian kl. 00:10 1 kommentar:

The German "Kettenkrad" - or Sdkfz 2 or in short-german (lol!!!) " Kleines Kettenkraftrad HK 101" was a light half-track gun tractor originally designed for civil use but in 1939 the manufacturer NSU got a military order. It was used on all battlefields during the war, especially on the Eastern front. It could carry 3 crewmembers and a small trailer. Its big advantage was its capacity to go over difficult and soft terrain, like mud and sand, It could also fit into a Junker 52 transport plane.It main use was to transport small amount of ammo and fuel, as well as being used on airfields to tow airplanes to reduce use of planefuel which was in short demand. Many of them were used by airborne troops, but it was not dropped in parachute. Over 8000 was made during the war, and after the war the production for agricultural use continued until 1948/49. Its a fun little vehicle isnt it, and its easy to draw lines from this vehicle to more modern ATV`s and also to some degree the modern snowmobile. I recently visitied the Technical Museum in Berlin and toke a couple of photos of the restored Junker 88 they have on display there.

The Junker 88-Ju 88- was a bomber and nightfigher used by Germany in WW2 and it was a very succesfull aircraft. As many as 15 0000 was manufactured, and it is along with the Heinkel 111 the most known german bomber from WW2. It was used in all battlefields where the germans fought, but it is especially as a nightfighter we remember it.  One version even had cannons pointing upwards so it could shot at bombers while hiding under them!

The photos show a nightfighter, take notice of its nose with the radar standing next to the plane. 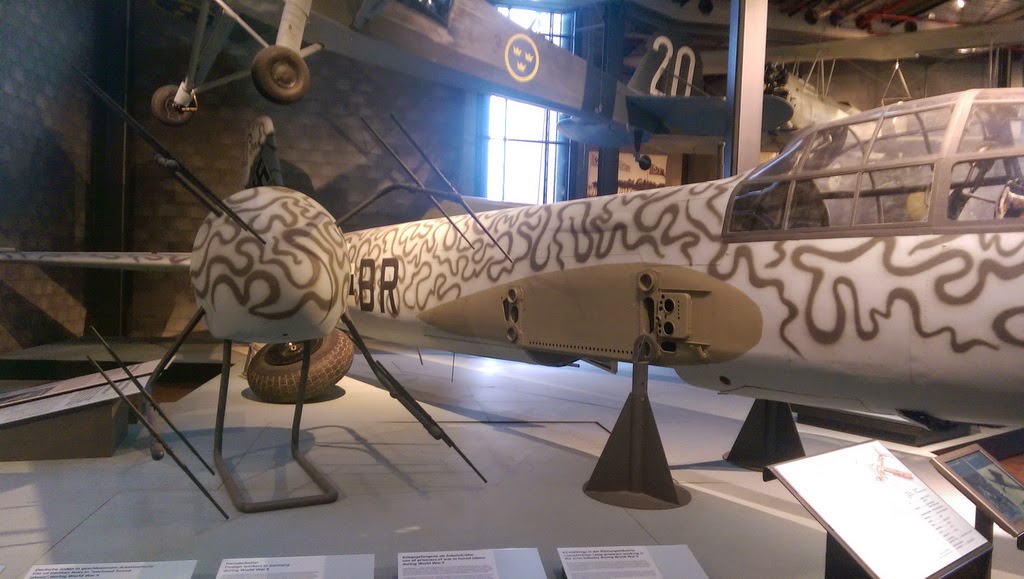 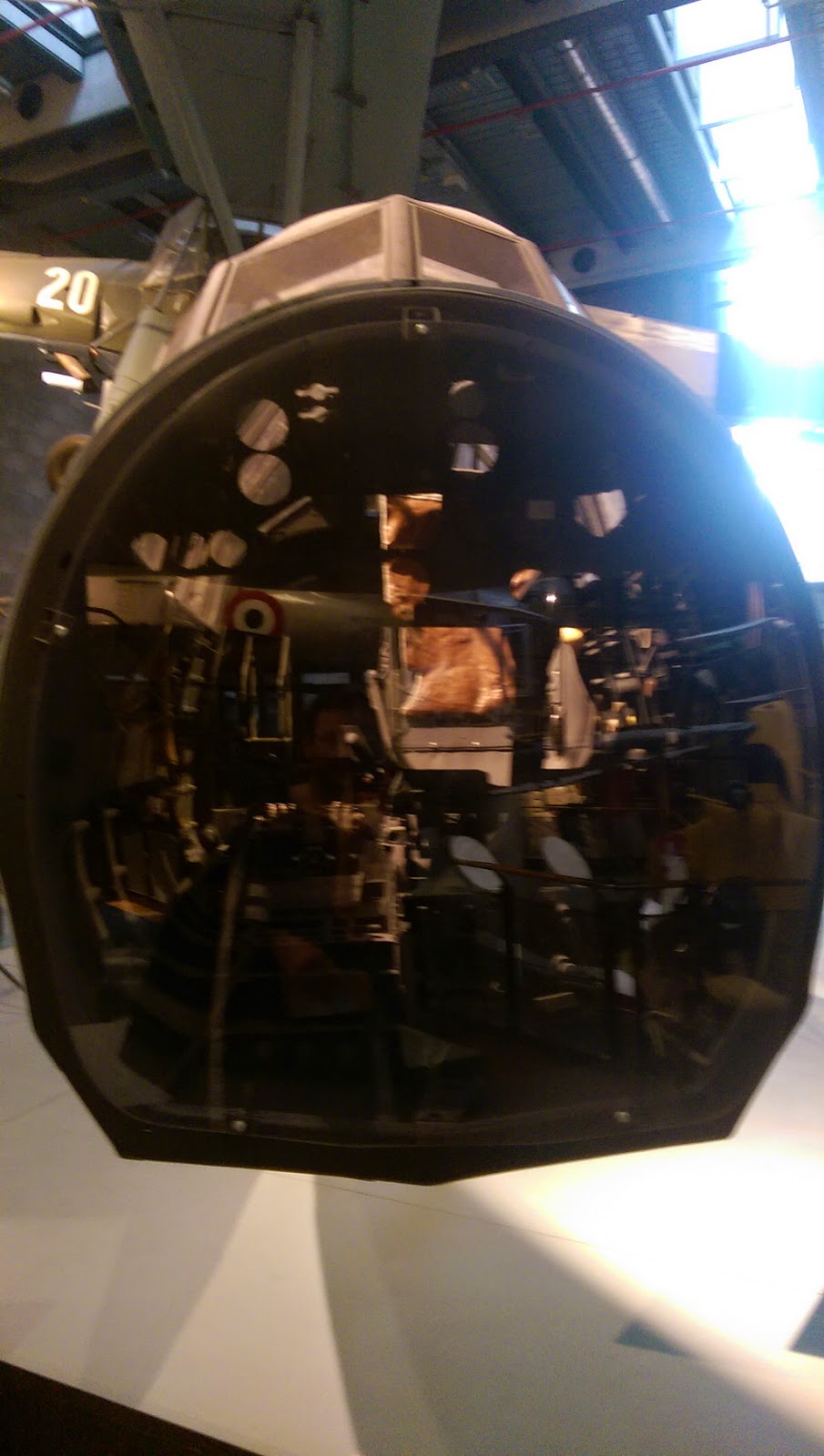 The Messerschmitt bf 110 , usually just called ME 110 was one of the most known and used of the german fighters during WW2. It was produced from 1937 and when production stopped in 1945 over 6100 had been produced.  It was originally used as a fighter, but during the Battle og Britain it proved to hard to manouver against smaller fighters like the Hurricane and Spitfire so it was gradually used more for high-altitude escort and as a night-fighter, the last role being the most succesfull. The most notorious of all german night-fighters, Major Heinz-Wolfgang Schnaufer flew only ME 110 and claimed 121 victories in only 164 combat missions. It was also, with some success, used as a fighter-bomber, mainly on the Eastern Front.

These photos were taken by me in teh Technical Museum in Berlin that have a very nice restored ME 110 on display.

Interesting fact:
The famous and quite impressing "peace-flight" by Rudolf Hess from Germany and far into Britain in 1940 took place in a ME 110 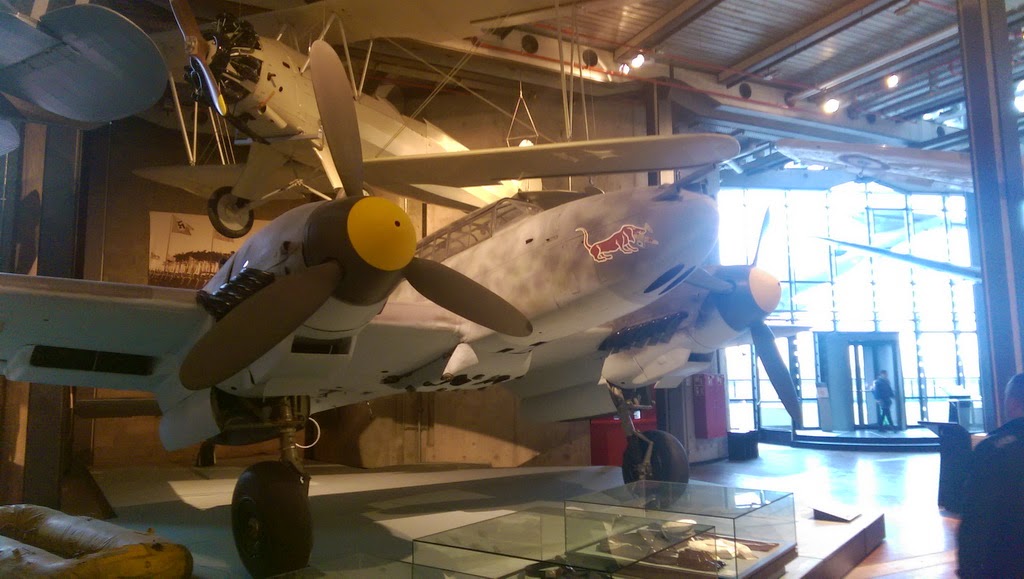 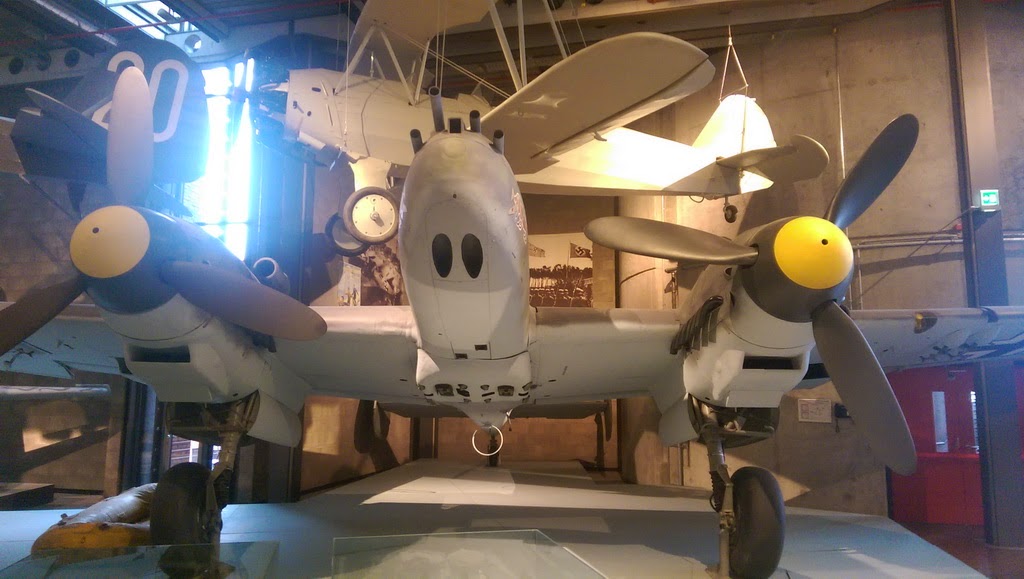 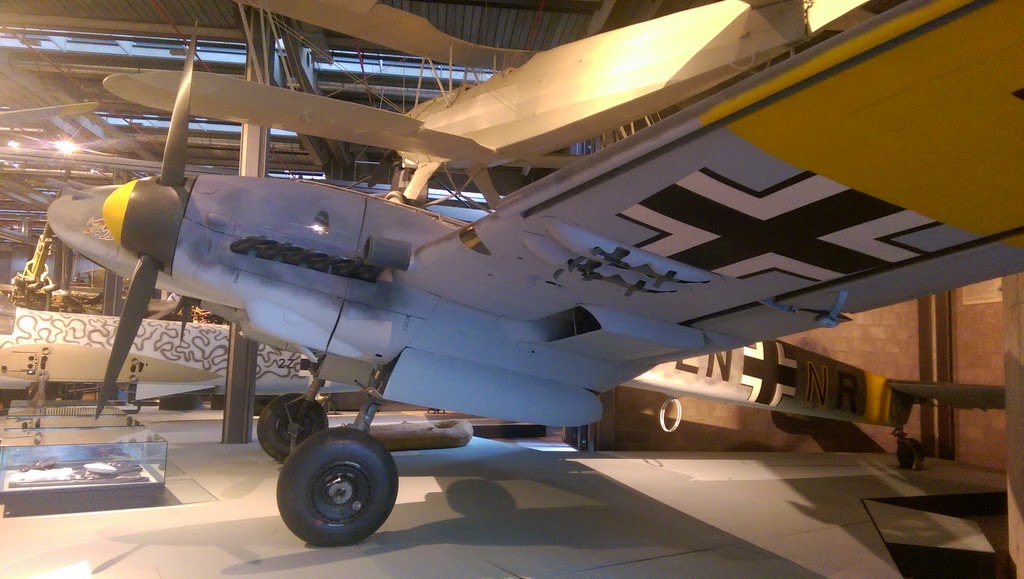 Elefant -with a killing trunk

The Elefant was a german tank-destroyer based on the Tiger-chassis, its official german name was Panzerjäger Tiger (P) called Ferdinand at first, but after modifications it was renamed" Elefant" (german for elephant) 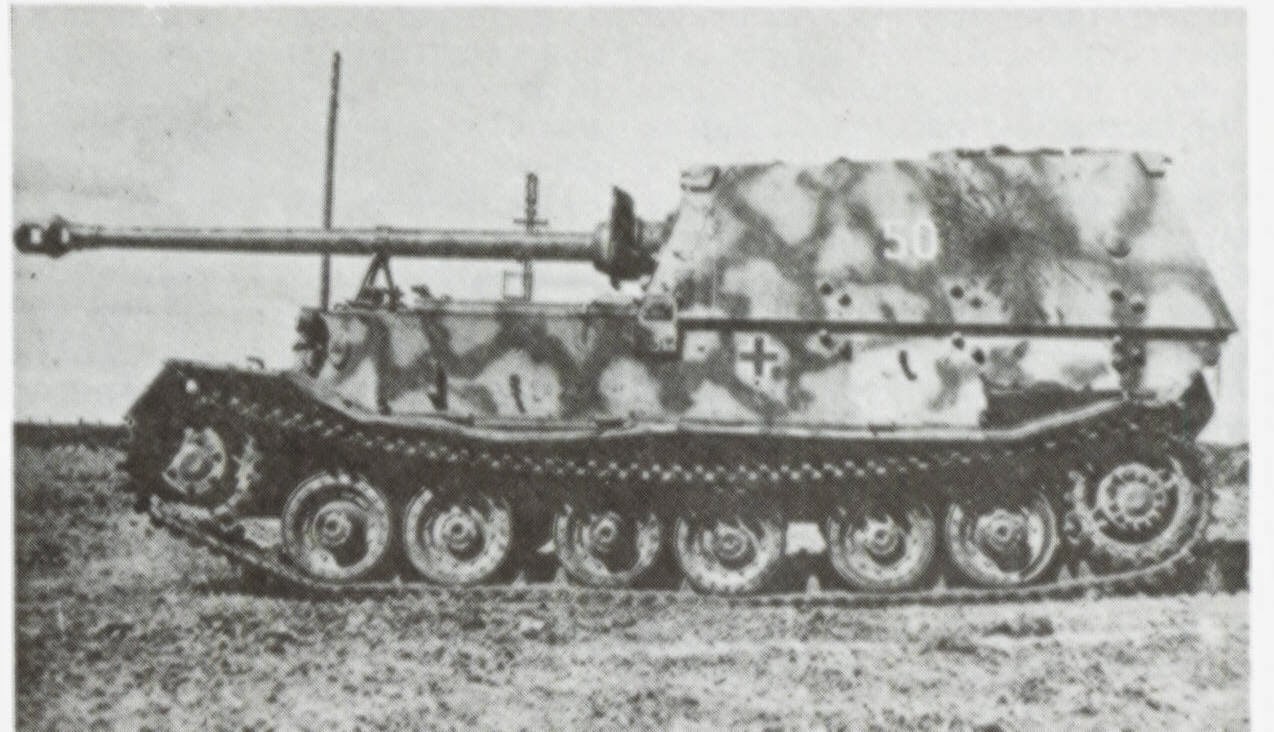 The origin for the Elefant was 100 chassises made for the Porsche-version of Tiger. When this version was discarded, it was decided to use these 100 chassises to build an anti-tank with the new 88mm Pak anti-tank gun. 91 were built during a few months in early 1943.

In action, several flaws were discovered, and in september 1943 the 50 surviving  units were called back for modifications. After the modifications ( which in short was adding a MG, adding Zimmerit and wider tracks) the germans ended up with the version we call "Elefant".

Action:
When the first version was thrown into battle, it was almost without testing, and the battle of kursk sonn showed big problems-they were to vulnerable to infantry! Later, the Elefant saw action mainly in Italy, but even if it had an enormeous firepwer compared to most allied armoured vehicles, its weight and mechanical issues reduced its effect on the battlefield.

Even so-during the Battle of Kursk, the 653rd Heavy Tank Destroyer Battalion (German: schwere Panzerjäger-Abteilung, sPzJägAbt) claimed to have taken out  320 enemy tanks, for the loss of 13 Ferdinands. This impressive average ratio was due to its extreme firepower and protection, which gave it an enormous advantage when used in head-on combat or a static defensive role. In fact, most Ferdinands/Elefants were lost due to small problems with tracks, fuelshortage etc which forced the crew to destroy&abondon them.


Surviving units:
Only two Elefants survived the war- one is in the Kubinka Tank Museum in Russia, the other one is at the United Staes Army Ordnance Museum at Fort Lee Virginia USA. 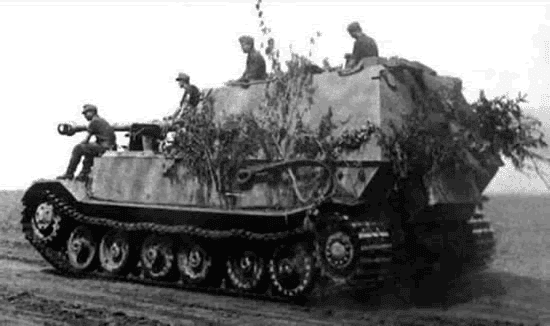 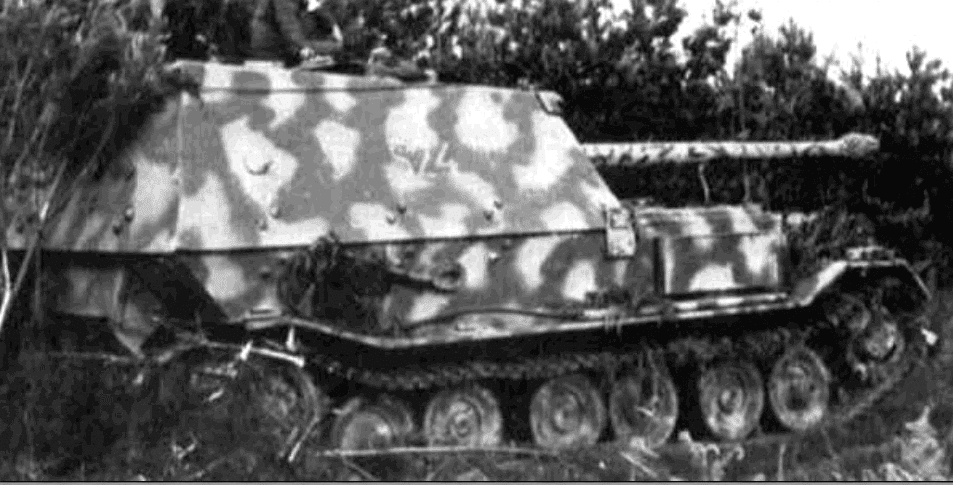 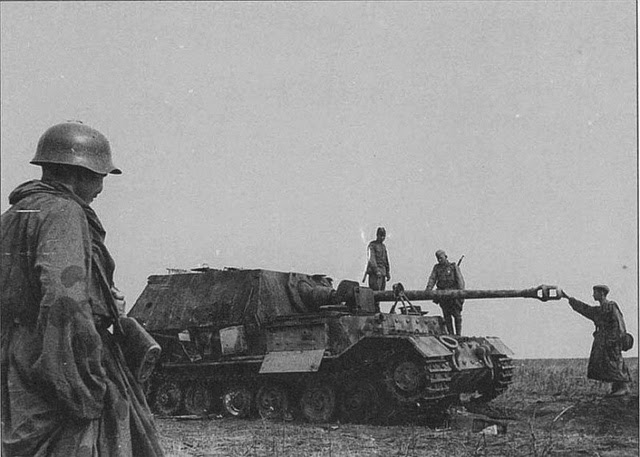