King Tiger - best of the beasts

Panzerkampfwagen Tiger Ausf. B or as most know it- King Tiger (also called Royal Tiger by some allied forces) was the "improved" version of the Tiger-and what a tank it was.... It came in production in 1943 and saw action from summer 44 and til the end of the war. Only 492 was built, and this was of course way to few to have a real impact on the outcome of the war. By summer 44 Germany had already lost all air-controle and was also weakend by supply shortage, low quality in production and not enough time to train crew.

The King Tiger "Königstiger" took the best from the Tiger and the successfull Panther and combined them into an even bigger and better tank. The armour and armament was still bigger and better than any allied tank, and the successfull curves on the Panther was used to some degree on the King Tiger, making it harder to destroy with tank/anti-tank shells. It had two types of turret- the early "Porsche" turret wich was very sloped, and the Henschel-turret. Henschel&Son/Krupp was the producer/manufactorer of the tank, and we should all be glad this tank didnt come int production until late in the war-the kill/death ratio of the King Tiger agains enemy tanks was impressive, even with severe challenges on all fronts from production, training and supplies. For example, the 103d SS Heavy Panzer Battalion in the period january-april 1945 on the eastern front  had about 500 kills with their King Tiger tanks, with a loss of only 45, most destroyd by own crew to avoid the enemy capturing them after they had had damage/mechanical problems.

Surviving Units:
There are several King Tigers in museums today, in all of the big countries winning the war- Russia, France, USA and England to name some-there is also on i Germany, in Deutches Panzermuseum in Munster. The only operational is in France in Musee des Blindes. 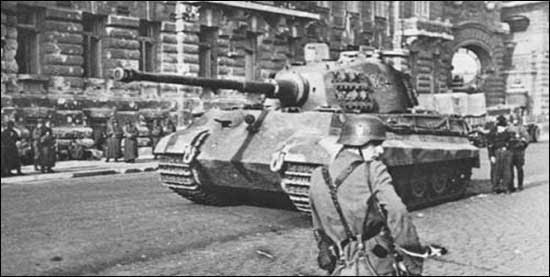 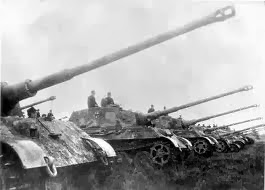 King Tiger in Budapest, I like the way this photo shows how massive the gun really is... 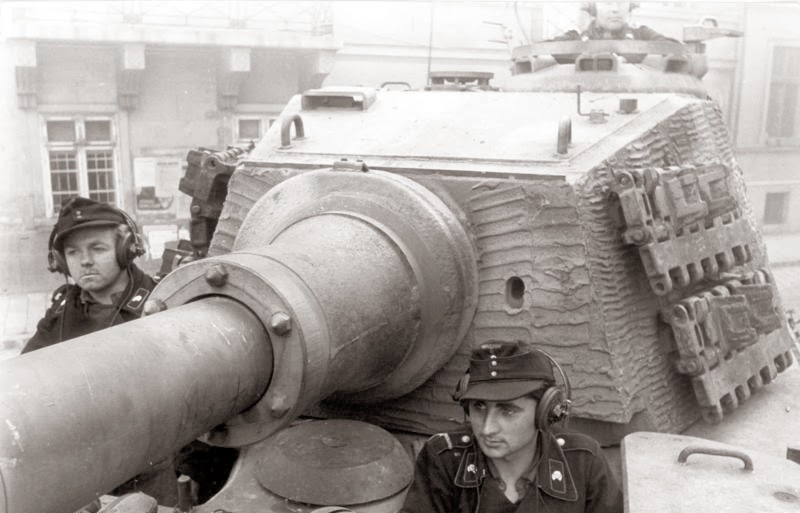 King Tiger in a museum 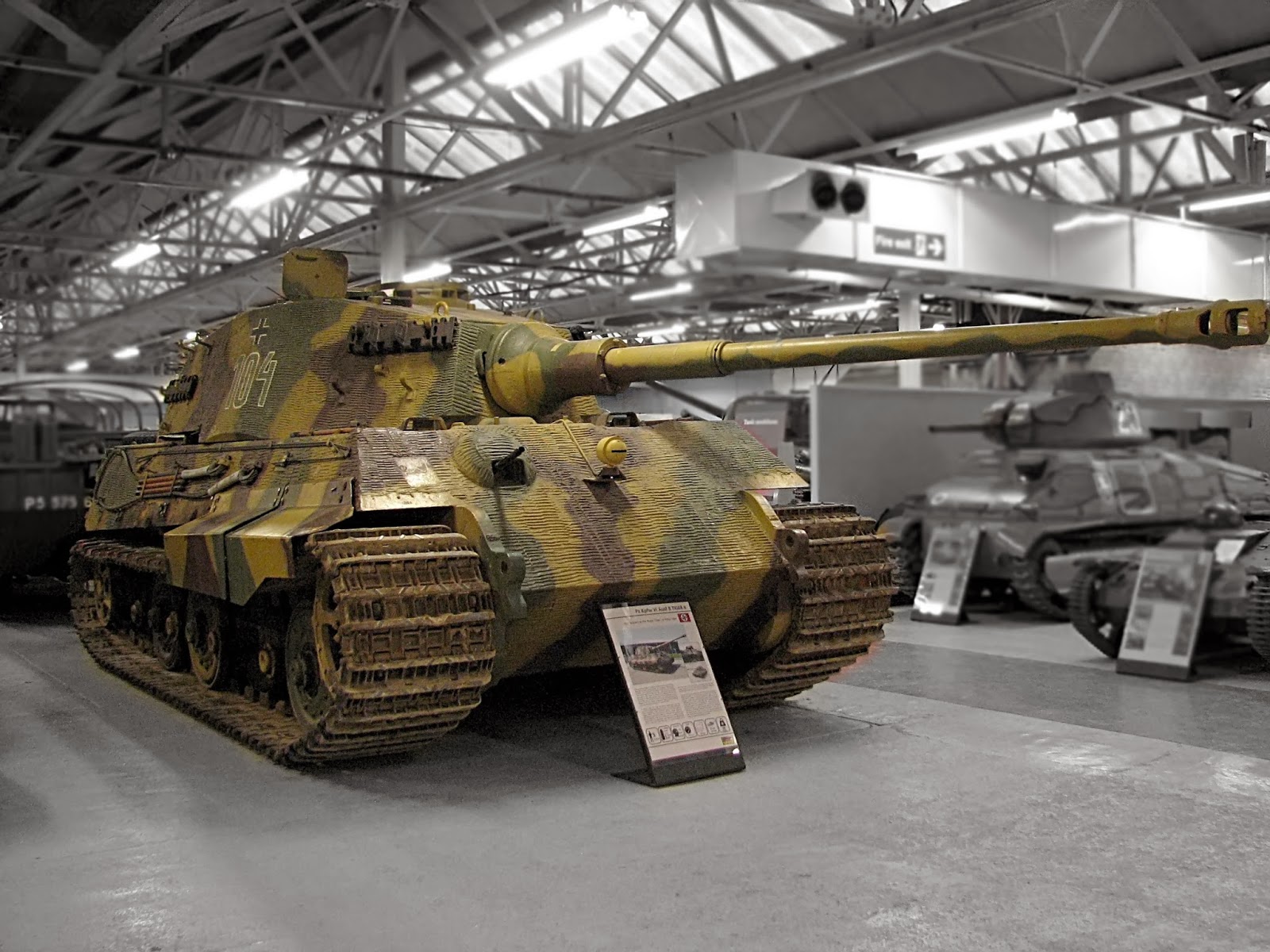